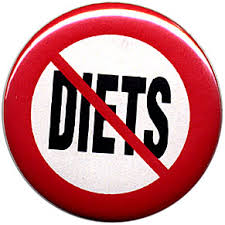 Ever been on a diet? Don't you hate them?!

I don't know for sure, but I have a strong suspicion that our ancestors didn't worry about "dieting." Obesity was a problem only among the very rich, such as Henry VIII for instance.

Even as recently as the 1950s and 60s obesity was significantly more rare than it is today. Less than ten percent of Americans were considered clinically obese. Today, it's one in three. It's an epidemic! An epidemic no one seems to know the cause of. The Harvard School of Public Health recommends the "government" diet high in carbohydrates and low in fat, especially animal fat and butter. This is the same diet that came into vogue in the 1960s and has been promoted in some form or another ever since. Could it be that the "cure" is responsible for the epidemic? In the 1800s, it was well understood by doctors and dietitians that reducing (not eliminating) carbohydrates in the diet resulted in weight loss. Today, our experts refer to carb-restricted diets as "fad diets." They still insist, without any shred of evidence to back it up, that chronic disease is connected to high fat diets. In fact, doctors are beginning to rethink the whole "cholesterol clogs arteries" theory. Theory? Yes, it is still just a theory.

So what if we're being fed a line of false information about diet and weight management? "Experts" like the Harvard School of Public Health and the USDA continue to preach the virtues of consuming a low fat, low calorie diet, even though such a diet is utterly ineffective. It doesn't work because it doesn't meet the body's nutritional needs. Any diet low in fat must, by definition, be high in carbohydrates. Across the board, nutrition experts agree that protein consumption should lie between 15% and 30% of calories. The remaining 60 - 85% of calories must then be split between fat and carbohydrates. Low fat means high carb.

Add to the already high-carb Standard American Diet our addiction to sugary soft drinks, sweet teas, and desserts...and it's no wonder we have an obesity epidemic.

So what do we do about it?

My dear mother (God rest her soul) was born fat. I'm not exaggerating. She was a fat baby, a fat toddler, a fat teenager, and eventually settled in as a perpetually obese adult. She had a "thyroid problem"...possibly, though it was never confirmed. Obesity had to be in her genes somewhere, because she passed it down to most of her children. My mother battled with dieting throughout her entire life. Somewhere in her fifties, she gave up and was seduced by the promises of a new drastic solution-- gastric bypass surgery, known as "stomach stapling" back in the 80s. Insurance paid for it. She was thrilled. She lost 200 pounds fairly rapidly, as promised-- and kept it off...for a couple years. Then something happened. The weight began to creep back on-- pound by pound by pound, until she was hovering around 400 again.

Bariatric surgery is becoming a common solution for solving the obesity problem. What may seem like a great solution to a fat problem may not be all it's cracked up to be. Both my mother and a sibling (whom I will not name) have been through it. Gastric surgery is traumatizing to the body. It alters the body's ability to digest certain foods and absorb key nutrients. After this kind of surgery, the stomach's capacity is smaller and you may feel full on a fraction of the food you used to eat, but it's unlikely you are able to eat enough to properly nourish your body. It's a devil's bargain-- you will give up your health forever in exchange for a year or two of weight loss. A 2006 study published by the JCEM (Journal of Clinical Endocrinology & Metabolism) concluded that significant weight regain occurs over the long term following bariatric surgery. This proved true in my family. Both my mother and my unnamed sibling gradually but eventually regained every pound. The stomach managed to stretch back to a capacity that allowed higher calorie consumption, but the digestive dysfunction hampered them from eating the very foods that would be the most healthy-- particularly raw vegetables.

The newest extreme weight loss solution is a tongue patch. For only $2000, you can have this plastic "miracle" patch sewn onto your tongue so that eating is, well...just too painful. That's the Beverly Hills way. You can probably get your local body piercer to put six stitches on your tongue and accomplish the same pain for a lot less money. In the end, the patch only lasts thirty days after which it must be removed to keep the tongue tissue from growing over the patch and becoming a permanent fixture in the mouth. I suppose the removal is good for another thirty days of pain and potential weight loss.

Why are so many people willing to undergo these kinds of drastic weight loss "solutions?" Because the low fat, low calorie diet does not work. It doesn't work for the following several reasons: 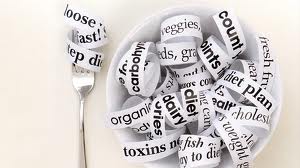 I hesitate to presume that the government wants to keep us sick so that it can control us through the  now government-owned healthcare system, yet I have considerable trouble understanding why it so stubbornly adheres to a health dogma that cannot be substantiated by actual evidence. On the other hand, there has been over the years a significant amount of research into the efficacy of following a carbohydrate restricted diet. Unfortunately for us, that research has been swept under the proverbial rug and pooh-poohed by the mainstream diet gurus. In his book, Good Calories, Bad Calories, Gary Taubes discusses the history of the low-fat, low-calorie mythology. I highly recommend it to anyone interested in understanding how our food affects metabolism and weight gain.

Not to put too much emphasis on the carbohydrates, it is also critically important to eat real food. Restricting your carb intake will help you lose weight because it doesn't leave you feeling hungry.

But the better plan is to eat foods that will actually nourish you. One way to accomplish this is to eat foods that are as close to their natural state as possible. If you're a big meat-eater like me, make sure your meat is pasture raised without antibiotics or unnatural feed (i.e. cows aren't designed to eat corn, or soy, or meat byproducts--they eat grass!) Make sure your produce is organic and free of pesticides or genetic modification. Read labels and stay away from packaged foods containing artificial or unpronounceable ingredients. Better yet, make it yourself if you can. You'd be surprised how easy it is to make your own salad dressing, for instance. Top-load your meals with healthy fats (butter, tallow, coconut oil, olive oil, avocado, organ meats), and limit breads, pastas, and desserts to occasional use. Avoid sugary drinks like the plague. These are guidelines that will help you manage your weight AND your health. After all, being thin is no better than being fat if you're not healthy.

It's not necessary to resort to desperate measures to control weight. All it takes is a willingness to step out of the box that has been built around us and dare to try a new way of looking at food. Are you bound to the low fat, low calorie diet hamster wheel? Is it working for you? Are you desperate yet? Before you see the surgeon, why not try a simple shift in your thinking? Why not try a healthy low carb diet of natural foods before you cave in and sew that patch on your tongue? Give it a month or two and see what happens.

Posted by Cathy Finnesgard at 5:12 PM No comments: Links to this post