Have you ever had a thought that caught you by surprise... like an epiphany, only maybe not quite as big? Something occurred to me today.

What if good health is not so much about what you eat, but what you don't eat ?

I'm not talking about the little picture-- i.e. eat veggies and avoid meat or eat spinach and avoid potatoes, or even eat meat and avoid fruit. God designed us to be omnivores. He gave us both plants and meat for food--and a wide variety of each. Every natural food has some beneficial quality-- vitamins and minerals, enzymes, proteins, fatty acids, and so on. To get all the nutrient building blocks our body needs, we need to eat a variety of food but not necessarily a huge variety.

I'm talking about the big picture. Primitive people groups around the world have thrived on drastically different core diets (1). For example, the Eskimo diet is mostly meat (they get their vitamin C by eating the glands of the animals); Polynesian diets are mostly fish, shell fish and fruits; certain African tribes can maintain good health drinking copious amounts of raw milk and animal blood (Maori); and certain tribes in the Amazon jungle can live long and prosper eating mostly fruit. High fat or low fat, high carb or low carb-- it doesn't seem to matter. All these diets can and, in fact, have produced hardy healthy people, though they have very little in common-- except for one thing...

And what's not there is processed food.

My point? Our good health relies on eating foods made by God, rather than foods made by man. It shouldn't surprise us that the God who designed us would also know how to design foods to properly fuel us and keep us healthy.

It seems that only when we get the big idea that we can do a better job than God with the food supply that we get in trouble with our health.

The metabolic processes of the human body are so complex, doctors and biologists still do not fully understand them. They don't really know the cause of most of the ailments we suffer. There are hypotheses galore, some of which have graduated into the status of "settled science" rather mysteriously and without any consistent evidence and with absolutely no proof -- such as the heart-diet hypothesis: "saturated fat and cholesterol cause heart disease."(2) But for the most part, doctors still pretty much guess at what causes chronic disease, and usually have no idea how to cure them...only how to treat the symptoms, more or less, with some drug or other.

Would you put water in your automobile's gas tank and expect it to get you to work the next day? Of course not. Your car was not built to run on water. It's rather simplistic, but the same concept applies to the human body. We are designed to run on natural, God-made food, whole foods. If we don't feed the body the proper fuel, it will eventually break down--sometimes sooner than later. It is only the amazing capacity we have for healing that allows us to get by as long as many of us do.

We were actually designed to be able to live quite a lot longer than most of us do. (I know this because God told us so in the Bible. Up through Noah, humans lived as long as nine hundred years. Abraham, Issac, and Jacob lived well into their second century!) Even today, there are some who live into their nineties, and some exceed a hundred years...but not many. So why, in our generation, are so many of us expiring from cancer and heart disease in our fifties and sixties? Why are so many of us in wheelchairs for the last twenty years of our life? Quality of life is intimately connected to the food we eat. It's illogical and downright foolish to assume we can ingest anything and still function optimally.

Keep in mind that food manufacturing is a relatively new concept. Before grocery stores and supermarkets, people either grew their own food, or they bought food from a farmer's market. Food was home-canned, dehydrated, or fermented to keep through the winter months in places like Siberia and Minnesota. But for the most part, food was gathered from the earth, minimally prepared, and eaten the same day while it was fresh. Wheat or grain was ground and made into bread or cereal and eaten the same day before vitamins had time to lose their strength or oxidation of the germ could occur.

Even as recently as a century or two ago, heart disease was a disease of old age-- old as in octogenarian old or older. Cancer was almost unheard of. Diabetes was a disease of the rich. People who died young died of viral and bacterial illness, not cancer. In areas of the world where traditional diets free of processed foods are still eaten, this is still true.

Can humans manufacture food of the same quality as that found in nature?

Marketing has convinced us there's really no difference between natural and processed foods. But our bodies know the truth, and they respond on a cellular level accordingly.

As I near my sixtieth birthday, I think about all the ways I have abused my body over the years with fake food and I wonder how I would feel today had I been wiser about my diet. I'll never know, of course, but one thing is certain - it's never too late to change the way you eat. (And if you happen to still be young with your whole life ahead of you, your decisions will benefit your children, too!) We may not be able to undue what's done, but we can perhaps slow down the decline and give ourselves a better quality of life as we age.

It's been about two years since I began to seriously avoid processed man-made food. My medicine cabinet is currently free of prescription drugs, and my hope is to keep it that way. Don't get me wrong. Prescription drugs are not evil (per se), and many people have a legitimate need for certain medications. But medications only treat symptoms-- symptoms that may well be the result of our dietary choices.

What kind of quality of life do you want? You do have a choice. You can choose to eat the foods God gave us. Or you can believe the marketing hype that it doesn't really matter what we put in our body... in which case it might also be a good idea to purchase a good nursing home insurance policy to get you through the last few decades.

But then again, I could be wrong... it was just a thought.

(2) For more information on the problems with the "heart-diet" hypothesis, see...
The Cholesterol Myths, Uffe Ravnskov
The Great Cholesterol Con, Malcolm Kendrick
Posted by Cathy Finnesgard at 11:02 AM 1 comment: Links to this post 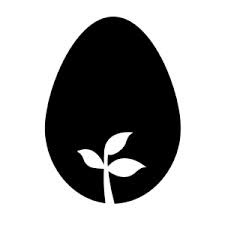 If you're a fan of real food, you may be concerned to discover there is yet another fake food making its debut. "Beyond Eggs" is an artificial egg product made from plants. Don't expect anything beautiful. It is a powdered substance made from peas and beans and a bunch of other "awesome" vegetables. The firm marketing this product is Hampton Creek, a start-up company funded by bazillionaire Bill Gates and PayPal co-founder, Peter Thiel. Let's just call it tech-food.

As I write this, I'm enjoying a bowl of egg drop soup made with chicken bone broth, thinly sliced green onions and a lovely yellow farm-fresh egg-- a.k.a. real food. Before long, Hampton Creek is planning to unveil a new scrambled-egg substitute promising to be just like my whipped up farm egg...in their dreams!

So why do we need an egg substitute? "Beyond Eggs" is supposed to be so much better because it "takes animals out of the equation." Frankly, without animals, my egg drop soup doesn't exist. I like animals in the equation, along with the majority of Americans and probably a good part of the rest of the world. Hampton Creek's founder, Josh Tetrick, say's the animal food industry is broken-- and he's right. But the answer to the problem is not powdered plant food, it's the responsible and humane handling of the animals that we use for food. You will find humane treatment of animals on family farms all around the world, just not in CAFO industrial meat plants.

From an article about this wonderful new food in MailOnline,


"[The] idea was to find a mix of easy-to-grow plants that, when mixed together in the right way, replicate the taste, nutritional values and cooking properties of an egg."

And they're already in talks with major food manufacturers around the world to replace eggs in supermarket products with their alternative fake egg powder. One more reason to avoid processed food.

But my question is, will this product really have ALL the nutritional values of an egg? Will it have choline? Will it have saturated fat (gasp)? Saturated fat is an important nutrient required by the body and yet is only found in meat products. Is it going to have all the minerals found in eggs? What about vitamin A? There is a significant difference between the vitamin A found in eggs and meat (retinol) and the vitamin A found in plants (beta carotene). Primarily, beta carotene is NOT true vitamin A. It is a precursor that must be converted by the body into vitamin A. However, for many people, the body is not efficient enough to produce adequate vitamin A levels from beta carotene.

So once again, we have fake food manufacturers misleading the public into believing that they can create a drop-in replacement for a natural food. You may be saying, "But, Cathy, it IS a natural product because it's made from natural foods like peas and beans!" My answer-- hogwash! An argument could be made that every chemical is natural because it comes from naturally occurring molecules. A process that turns a plant--any plant--into a white powder that behaves like eggs is not remotely natural.

I'm not surprised that the world of "science" is working so hard to re-imagine our food. That's what they do. What gets me in the craw is that a market such as Whole Foods, which is supposed to be all about whole foods and healthy eating, will be promoting it! What's THAT about?!

With the likes of Bill Gates behind this effort, you can expect it to be thoroughly and lavishly advertised in the most beneficial light possible. But don't be fooled. Companies are in business to make a profit, not to benefit mankind. I'm not saying all businesses are bad because their goal is to make a profit-- I'm all about profit. That's what makes economies grow. What I'm saying is... buyer beware!

We must be thinkers and questioners. And we must be constantly vigilant. And we must stop being saps, believing everything we hear in an advertisement.

Beyond eggs? I'll pass, thank you. I like the eggs exactly the way they are. Thank you, Lord, for beautiful eggs and for the chickens that produce them.


Image credit:  techcrunch.com
Posted by Cathy Finnesgard at 8:56 PM No comments: Links to this post