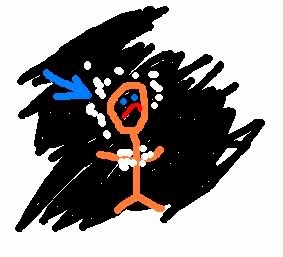 Full disclosure:  I'm trying to wean my husband off the dandruff shampoo. Why? For one thing, I don't think he really needs it. In our five-plus years of marriage, I've yet to see even one dandruff flake on his head or his shoulders. It could be because he washes his hair with dandruff shampoo every day, in which case it's working really well. But considering he hasn't used any other shampoo since I've known him, there's no way to know for sure that if he stopped using it, his dandruff would return.

But the bigger reason I want him off the dandruff shampoo is because of what's in it. His particular brand is Head & Shoulders.

How about we look at the list of ingredients. Since there are so many, I am only going to cover the problematic ones.

ACTIVE INGREDIENTS:
Pyrithione zinc 1%:  This ingredient is listed by the EPA as a "microbial pesticide." But aside from possible "severe irritation" to the skin, it's probably harmless. No, really. But don't get any in your eyes.

INACTIVE INGREDIENTS:
Sodium laureth sulfate (SLES): A cheap foaming agent and degreaser. This stuff can lead to direct damage of hair follicles and skin damage. It dissolves the oils on your skin and denatures skin proteins. Furthermore, it is absorbed into the body by skin application and mimics the activity of estrogen (guys, you may want to think twice about using anything with this chemical in it).
Sodium lauryl sulfate (SLS): A close relative of SLES, both are esters of sulphuric acid and highly irritating to the skin. According to a 1983 report in the Journal of the American College of Toxicology, concentrations of 10-30% caused skin corrosion. Keep in mind that these two ingredients are listed first (after water)--and we all know that ingredients are listed in order of highest to lowest volume. I'm sure the concentration must be less than 10%, but it doesn't really say on the bottle, so I guess we have to trust them on this one.
Dimethicone: A smoothing (and anti-foaming) agent. This is a man-made silicon oil. It's not toxic, but it coats the skin and disrupts the natural hydrating processes.
Fragrance: Chemically formulated fragrances are always less expensive than the truly natural fragrances that come from essential oils. Unfortunately, they're also somewhat toxic. You can bet your 401K that the fragrances in this product are artificially created in a lab.
Guar hydroxypropltrimonium chloride:  You guessed it-- a derivative of guar gum. I'm convinced there must be a glut of this stuff on the market. But, frankly, I'd rather see it in shampoo than in our food. (I only listed this one because I hate guar gum.)
Sodium chloride: This is just table salt, plain and simple. In shampoo it acts as a thickener and emulsifier (keeps the other ingredients from separating), but it can also dry out your hair.
Sodium benzoate: This is a preservative that kills bacteria, fungi, and yeast. Unfortunately, it also "chokes out your body's nutrients at the DNA cellular level by depriving mitochondria cells of oxygen, sometimes completely shutting them down," according to an article in NaturalNews.com. This chemical is absorbed by the skin. It's probably a good idea to avoid it in products you eat or put on your body.
Magnesium carbonate hydroxide: This chemical is generally used as an antacid. Why is in shampoo? Supposedly, it draws moisture from the air and imparts it into the hair and scalp. Sounds like magic to me. Perhaps this ingredient is necessary to counteract the dimethicone that blocks the natural hydrating process.
Benzyl alcohol: This ingredient is the primary active ingredient in lice treatments...so if you use Head and Shoulders shampoo, you probably don't have to worry about lice. On the other hand, it is also associated with possible allergic responses and toxicity.
Methylchloroisothiazolinone: This is a preservative. I dare you to pronounce it. In high concentrations it can cause chemical burns, but as a rinse-off product, it's considered safe.
Methylisothiazolinone: Sometimes shortened to "MIT," this worrisome ingredient is an antimicrobial and is common in hand soaps, dish soaps and other personal care products. Studies have connected this chemical to neurotoxicity. You probably want to avoid anything with MIT in it. Of course, its manufacturer - Dow Chemical - assures us it's perfectly safe.

In case you're wondering about some of the other shampoos, like Selsun Blue and others, you can research them at your leisure. Most brands contain harsh chemicals that are unfriendly to the body.

Dandruff can be caused by a number of things, among which are not washing the hair often enough, not brushing the hair enough, diet, stress, dry skin, reaction to hair products, and certain conditions like seborrheic dermatitis and malassezia (a scalp fungus overgrowth).

Unless your dandruff is truly the result of a scalp disease, you should not have to be a slave to medicated dandruff shampoos for the rest of your life. For persistent dandruff, it might be worthwhile to see a doctor or dermatologist to find out the cause. They can prescribe treatments to get it under control.

For moderate dandruff problems, a gentle shampoo with the active ingredient salicylic acid should be enough to manage the flaking.

A few days ago I secretly switched out my husband's poison shampoo in our shower dispenser with a more natural formula by Mineral Fusion. Sometimes you just have to do what needs to be done. I see it as an act of love. Let's see if he notices.

Posted by Cathy Finnesgard at 8:55 PM No comments: Links to this post

The Power of Cinnamon 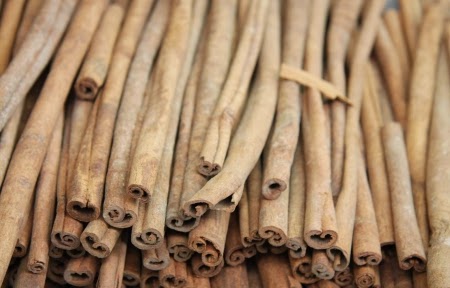 Who doesn't love the beautiful fragrance of a freshly baked cinnamon roll?! Or a cup of hot apple cider spiced up with a fresh cinnamon stick? Or my all-time favorite cheap treat - cinnamon toast! Yum! There has to be a reason we love cinnamon so much, and I'm going with "it's so darn good for you."

And it actually is!

Cinnamon has been at the top of my favorite foods list since childhood. I can barely resist all the otherwise unhealthy foods that are loaded with cinnamon--like all the aforementioned sweet treats. Cinnamon is usually buffered with sugar because of its strong dry taste. A piece of cinnamony apple pie tastes lovely, but any benefit you might get from the cinnamon content will be offset in spades by the inflammatory sugar and trans-fats that are also present.

Fortunately, the power of cinnamon extends beyond food. I would list all the wonderful properties of cinnamon, but you can find that information with a simple internet search, so since this is just another blog and I'm not a certified nutritionist, I'll just tell you what I've discovered personally.

Gets Rid of Belly Button Infection/Fungus/Etc.
Gross, I know, but part of life for some of us, it turns out. For quite a few years now, I've experienced mild belly button infections off and on that have, up until recently, been easily solved with a Q-tip and rubbing alcohol. But over the past year, what looked a lot like skin tags began to develop. After researching for this article, I am beginning to think they might have been tiny cysts, but at the time, I thought the little icky growths might be a type of fungus. Since I'd been venturing into the world of essential oils, I decided to slather on some cinnamon leaf oil to see what effect it would have.

The effect was serious burning. One thing I learned very quickly is that when the essential oil experts tell you that a particular oil is hot and should never be applied directly to the skin, you should listen to them. They know what they're talking about. The next thing I did wrong was to apply my homemade body butter made from tallow and coconut oil. Now the skin was not only burning, but also not breathing. Thank God for aloe vera gel!

Now that I've told you what not to do, you'll be happy to know, it all turned out well in the end. Instead of slathering on the oil as I did to start with, I applied it very carefully just to the inside of the navel with a Q-tip (still full strength) twice a day. In the space of two weeks, the growths were gone and my belly button was once again pristine.

I still can't tell you whether what I had was a bacterial infection, a fungus, a skin tag or a cyst. But what I can tell you is that the cinnamon oil conquered it in short order.

Minimizes Size and Duration of Cold Sores
If you've never experienced a cold sore, sometimes referred to as a fever blister, then you are indeed fortunate. Cold sores are caused by the herpes simplex virus and usually emerge uninvited somewhere on or near the lips. They are very painful, not to mention ugly, and typically last two to three weeks. I've tried the standard Blistex and Abreva, and they work about as well as Vasoline.

Late last month I developed another one in my long history of outbreaks, probably brought on by my recent head cold. So right away I went to my health-food store looking for a topical remedy. I found an essential oil blend for cold sore treatment and applied it faithfully twice or three times a day. Notwithstanding my diligent devotion to natural remedies, the blister bloomed into one of the biggest nastiest sores I've ever had and lasted about two and a half weeks. Then about three weeks later, to my horror, I felt another one coming on - in the same spot! I've never had two outbreaks in a row like that before. I was on vacation at the time and all I had with me was the cinnamon leaf oil I was using to treat my previously discussed navel issues. So I decided to dab a little of that onto my cold sore before I went to bed, just to see what it could do. The blister was about 2-3 mm in diameter (roughly twenty percent the size of the first one). By morning, the blister was no worse. I dabbed the cinnamon oil morning and evening and within a week it was mostly healed.  By two weeks the cold sore had completely disappeared.

Nature's pantry turns out to be nature's pharmacy as well. Isn't God good?! His remedies for good health are always the best ones. Sometimes we just have to figure out what they are. (What happened to all the old wives?!)

One thing is for sure-- cinnamon oil will be a regular part of my medicine chest from now on. Who knows what other good uses I might find for it.

Posted by Cathy Finnesgard at 9:24 PM No comments: Links to this post